Born in Lexington, KY, Rik was instilled with down home values and the type of politeness and courtesy you get used to in a small town. After graduating High School, Rik earned a bachelor’s Degree in Communications from Bethany College in West Virginia. He started his comedy career in Columbus, OH while working a day job at Simon & Schuster Publishing. Early comedy experiences included landing a spot with the nation’s top touring improvisation comedy troupe “Midwest Comedy Tool & Die.” Beginning in 1997, Rik started headlining at America’s top comedy clubs. Nearly ten years later Rik has become a favorite at The Improv, The Punchline, Funny Bone, The Stardome, Zanies – you name it! It was this background that led to his current career of corporate entertaining. Rik moved to Nashville in 1998 and turned up the heat on his career. He quickly appeared in videos on Great American Country. He began regular appearances on syndicated morning shows. His dedication to “clean” comedy earned him an episode of the Emmy award winning “Bananas Family Comedy” show. Shortly after that he was tapped to expand his Barney Fife Impression on “Comedy at Large.” Rik enjoys spending time with his wife and their new baby boy. Watch for his upcoming documentary “Daddy’s First Year” – a humorous look at the preparation a father-to-be makes before and the adjustments that follow childbirth. He also enjoys teaching comedy classes at his home club “Zanies” in Nashville, TN. Want to know more about Rik … simply hire him for your next event! 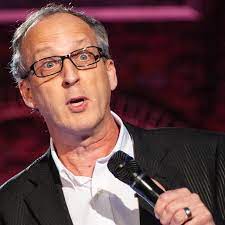